If this is your first time to the site I encourage you to visit the About Me page to learn a little bit about who I am, where I’m coming from, and my hopes for this blog.

Before I get into updates and how my body has reacted to chemotherapy, I figured I would start from the top and tell you how this all came about. Actually, before I do that, I need to get this off of my chest… I had hopes of ripping off song titles/lyrics and inserting cancer in them for the title of each blog post. I decided not to continue (because I was having more fun making the titles than actually writing) but I NEED to post them because they bring me so much joy. I’ll include what the post was going to be about for context.

The Breast is Yet to Come (On emotionally healing)

When I Think About You, I Touch Myself (Self breast exams)

My Body Too Chemolicious For Ya Babe (Physical appearance)

How Low Can You Go (Depleted blood counts, vitamins, etc)

Can’t Keep My Scans to Myself (Never ending tests)

That was totally more for me than it was for you but they really do make me so happy! Next time something has got you taking a trip to suck town, you should try incorporating your demon into a song title. Therapeutic, really.

Now that we’ve gone through the real hard hitting stuff I’ll begin by telling you that so much has happened in the last month that it’s really overwhelming to imagine trying to catch you up in one blog post. To keep this from getting too long I’m going to break it up into two parts- pre and post starting chemo. You’ll also find that some things in this first post are pretty vague. I plan on diving into awareness, things to know if you know someone with cancer, and personal updates after this initial blog post. I actually have an appointment on 6/23 with my medical oncologist at 3:00 so I’ll be able to provide more up to date information after that. For now, here is a little about how this all came about and what life has looked like since about 10:00pm on Wednesday, May 11th.

Where I got the news 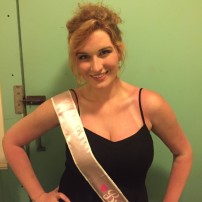 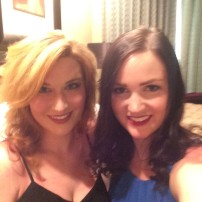 I know it’s a lot of information, but let me drop a little more knowledge in your lap.

In Depth info on TNBC

If you have made it to the end, I applaud you. I also thank you for sticking with me through my first ever blog post about a possibly uncomfortable topic for many. I appreciate your support and promise to keep this as up to date as possible.

When I cannot write I’ll ask Nick or Wedge to fill in for me.

As for next time, buckle up for chemopalooza and a new hobby I have- creating finger wigs.

Hello and welcome to my very first blog! I am a 28 year old social worker (LMSW) living in Texas. I share my life with a wonderful group of family and friends including my amazing husband and our Great Pyrenees, Wedge. 25 days before my wedding and at 26 years old I was told I have aggressive breast cancer. I have since been diagnosed with triple negative stage II invasive ductal carcinoma (IDC). I am extremely thankful to have found it early while performing a self exam! This blog will be dedicated to updating and educating others. View all posts by Maegan

5 thoughts on “The Breast Blog Ever”

There are many ways to support Maegan as she battles cancer. Your prayers, thoughts, and well wishes mean the world and provide the support to get her through the day. If you wish to help out monetarily, please visit the GoFundMe page which lists ways in which your donation will be used to help.